That's how smart you really are 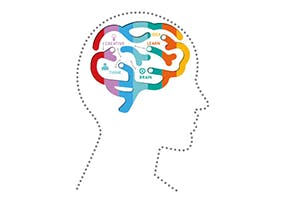 See how smart you really are!

IQ-Tests have the goal to determine the intelligence of people. What's IQ at all? IQ stands for Intelligence Quotient. It defines the intelligence level of people. On the basis of the IQ tests, however, you can not determine your IQ level at 100%. The results are often with measurement errors. In addition, there is no intelligence test that involves all skills and knowledge. In the implementation of IQ tests one should scrutinize more closely what skills are tested.

There are some free IQ tests on the internet. Anyone, who wants to check the intelligence quotient, can take this test easily online. Some of the tests are very complex, others are short. Our IQ test is quick, for free and can be performed in a few minutes. The aim of the test is to note the own intelligence, which is described with the aid of dots.

Myths and Facts about IQ-Test

According to some experts, the IQ is hereditary. But it can be also influenced by external factors. This includes, for example, the social environment and education. There are some myths and facts about IQ and intelligence:

Everybody is a genius. But if you judge a fish by its ability to climb a tree, it will spend its whole life thinking its stupid.
Albert Einstein

Intelligence can be trained! - No, it is not possible to increase the IQ. Braintrainings or similar trainings, which will help to improve brain power, can only lead to better performance in individual regions. However, the IQ can not be affected, in this way. Humanity is stupid! - No, the intelligence of the people in 20th century has been increasing steadily. Thirst diminishes the mind! - That is correct. If the body is not sufficiently supplied with liquid, the thought processes will be inhibited. The diet has an effect on the intelligence! - That is correct! Children, who eat mainly fast food, sugar and fat, notice the negative effects on their intelligence. A healthy diet consisting of lots of fruits and vegetables, fish and nuts, may be beneficial to the development of the children's intelligence.

To find yourself, think for yourself.
Socrates

If you can't explain it simply, you don't understand it well enough.
Albert Einstein

About the IQ Test quiz.